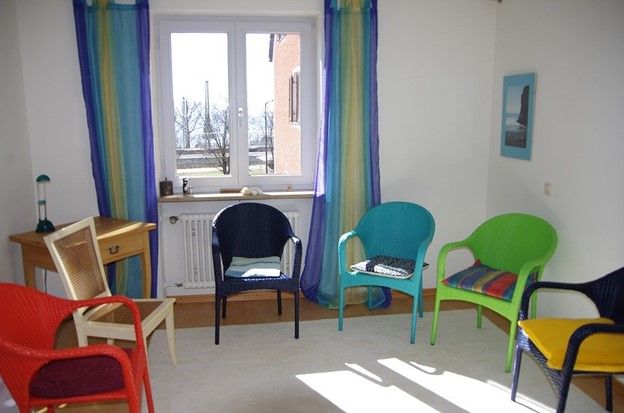 Due to COVID-19, telepsychotherapy has been appreciated for its weaknesses and strengths in practice. Furthermore, teletherapy allows therapists to use smartphones, online video calls, and therapy-related apps like GroupThera, which is HIPAA-compliant and offers therapy services.

During traditional therapy, Alfred Adler (1870-1973) was the first psychologist to examine how the mental system gains understanding and information. He concluded that our mental system comes from our senses, experiences, and thoughts.

REBT and CBT are the primary types of psychotherapy used by therapists to diagnose individuals with mental problems. Though they treat the same illness, they have different techniques and procedures to reach treatment goals. But their ultimate goal is to enhance the mental health of the patients.

So what is Cognitive Behavioral Therapy (CBT)?

CBT refers to the psychotherapeutic approach used by therapists to treat people with mental disorders like anxiety and depression. The therapist uses this approach to identify the client’s thought and behavior patterns and reverse them to improve their lives.

And what exactly is Rational Emotive Behavioral Therapy (REBT)?

REBT refers to the earliest type of CBT that ultimately seeks to change the client’s underlying beliefs about themselves. It was created by Albert Ellis in the 1950s and assumed that people are impacted by their thinking about surrounding situations rather than the events.

The key differences between REBT and CBT

Though REBT and CBT aim to address self-esteem, their treatment strategy is entirely different. REBT believes a person should think highly about themselves rather than self-rating. In REBT, most therapists choose to focus on bolstering the client’s self-esteem by reinforcing positive qualities. However, this strategy has several pitfalls, such as clients having low esteem, especially when they perform poorly, being preoccupied with proving, avoiding risk taking, and smug-complacency. Whereas in CBT, a therapist may acknowledge their patient may have difficulty in certain areas, which means they cannot perform in other areas. Instead, the therapist reinforces positive compliments to help the clients.

The context of anger

The content in which anger is viewed as appropriate is different in these two therapies. CBT views anger as appropriate and healthy, while REBT maintains anger has a condemning, philosophical, and dictatorial core. For instance, in a relationship where one partner does everything, and the other takes advantage of their personality, then mild anger is appropriate. In such a situation, they may speak out of their pain points. However, REBT disagrees with this approach and instead prefers seeking better solutions to anger. Notably, both therapies believe in the usefulness of assertiveness.

REBT aims to address the philosophic basis of distorted cognition and emotional disturbance, making it powerful. REBT notes the usefulness of uprooting absolutistic demands because it corrects cognitive distortions. For example, when a person visits their friend’s house and the friend fails to smile during the interaction. The friend may interpret the outcome of the first visit as a rejection. REBT tries to solve the underlying reason for jumping to such conclusions. Whereas CBT dismisses the interpretation of the events as mind-reading, proving to be significantly limited.